Community of the Cross of Nails

The CCN is a world-wide inter-denominational network of churches and other Christian organisations who share a network of common commitment to work and pray for peace, justice and reconciliation by healing the wounds of history, learning to live with difference, celebrating diversity, and by building a culture of peace. It has its roots in the post-war re-building and re-birth of Coventry Cathedral and takes as its inspiration the words of Jesus on the cross “Father forgive”.

CCN partners engage with the challenges faced by many communities where a just and inclusive society is crucial for stability and peace.

The Cathedral’s Cross of Nails is located in the Chapel designated to St Francis of Assisi and St Elisabeth of Hungary in the Cathedral’s retrochoir. Later in the year, this chapel will be dedicated to the victims of violence and is a focus for the cathedral’s mission of reconciliation in our own communities here in South London. This mission forms the current emphasis for the Cathedral’s membership of CCN, with particular regard to the problems of youth violence and knife crime.

Members of the CCN comprise a network of ordinary people who work to learn the things which make for peace and the skills to seek peace and to pursue it in our relationships and in our everyday lives. This is an exciting development for Southwark Cathedral and a new challenge as we go forward at the start of a new decade.

The Litany of Reconciliation below is prayed weekly in the Cathedral by Day Chaplains every Friday at 12 noon in the Retrochoir immediately in front of the Cross of Nails.

All have sinned and fallen short of the glory of God.

The hatred which divides nation from nation, race from race, class from class.

The covetous desires of peoples and nations to possess what is not their own.

The greed which exploits the work of human hands and lays waste the earth.

Our envy of the welfare and happiness of others.

Our indifference to the plight of the imprisoned, the homeless, the refugee.

The lust which dishonours the bodies of men, women and children.

The pride which leads us to trust in ourselves and not in God.

There are opportunities for the Southwark community to become involved in the Cathedral’s membership by attending pilgrimages at Coventry aimed at strengthening the purposes of the CCN.

The Cathedral has for many years enjoyed a rich and engaging link with the Cathedral in Bergen, Norway. We are therefore delighted that Bergen Cathedral is also a member of the CCN, having joined at the same time as Southwark. We see our membership as an extension of our ecumenical work, and having Bergen as a CCN member as well as a friend will, gives added poignancy to that relationship.

We welcome visitors from other members of the CCN to the Cathedral. Please make yourself known to a Steward or Welcomer who will be happy to show you to the Cathedral’s Cross of Nails. 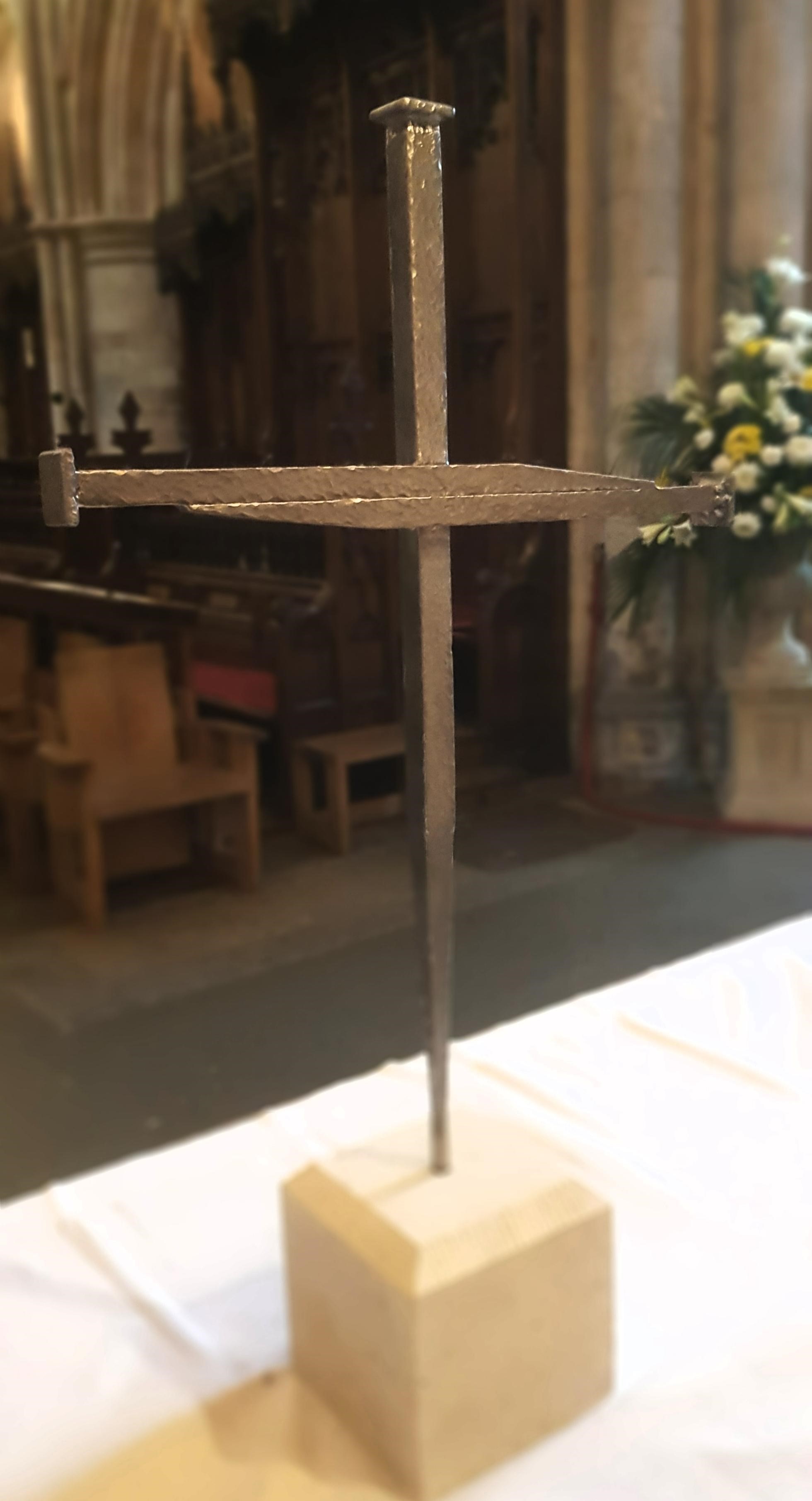