‘The earth is the Lord’s and all that fills it, the compass of the world and all who dwell therein.’ (Psalm 24.1)

The setting of Southwark Cathedral is remarkable. It is arguably the most intensely urban of all English Cathedrals in an area that is both ancient and modern.  There has been a church on the site since around the year 606 and yet the context is ever changing and rapidly developing.  The current building was heavily restored by the Victorians and yet on entering shows its Norman interior beautifully.  Since becoming a Cathedral in 1905 it has embraced the challenges of being a central London cathedral and not St Paul’s and the oldest building on the South Bank, the vibrant and cultural heart of the capital.

George Gwilt’s restoration of the chancel, exterior and interior, at the beginning of the 19th century included the restoration of much of the masonry to the exterior.  This included the introduction of decorative corbels above the aisle windows.  Over the last two hundred years these have suffered degrees of deterioration, some to the point of no longer being recognisable in the form they once were.  In one place on the north side no corbel exists.  There is no record of who these corbels represented but they are a mixture of human and animal heads, some, we suppose ‘holy faces’, others ‘ordinary faces’ and others a mixture of non-descript animals.

During the process of the reroofing of the chancel we wanted to address some of the worst parts of the deteriorating stonework, which has been done.  We also wanted to celebrate the rich history of which the cathedral has been and continues to be part.

Southwark theology, of which the Cathedral has been the exemplar, has always been incarnational. Bishop John Robinson’s influential ‘South Bank’ theological work in ‘Honest to God’ stressed this incarnational perspective of the gospel and the way in which the whole of human life is caught up in our dealings with the divine.  The location of the church between the river and the market, hemmed in by railway lines, roads and bridges means that this is a busy, human place.

The Poet Laureate, Carol Ann Duffy, wrote the first of her cathedral poems about Southwark and called it ‘A Human Haunt’.

over the river, a human haunt in stone,

on the pillow of his books; Chaucer, imagining

the pilgrims’ first steps on the endless written road

with twenty cold shillings for a funeral bell-

all to this same, persistent, changing space,

between fire and water, theatre and marketplace;

us, lighting our candles in the calm cathedral,

future ghosts, eating our picnic on a bench.

She captures something of this incarnational way of being that, we believe, is true to the Jesus we meet in the gospels.

In commissioning four new corbels for the cathedral – three for the north side and one for the south – the Chapter wished to reflect something of more recent history and something of the Southwark story.  Instead of, as so often is the case, depicting saints and prelates we wanted to show something of the way in which our incarnational theology and the commitment to neighbourhood and ‘the earth [that] is the Lord’s’ we decided to look for different faces that would complement Gwilt’s scheme.

The challenge was given to the students at City & Guilds of London Art School historic carving department based in Kennington, led by Master Carver, Tim Crawley, to come up with images that inspired them and Class 6 of Cathedral School were asked to do the same.  We have been excited by what has been proposed.

The children at Cathedral School decided that what they would like to see is a corbel that represented the Borough Market with a cornucopia of fruit and vegetables, a place that the children love coming to and where they can buy healthy food.  They also wanted to celebrate the way in which the Cathedral and Market work with local charirties, giving to those in need. Their designs are now to be made into a maquette by one of the students who will work with the children so that they can share in the creative process. 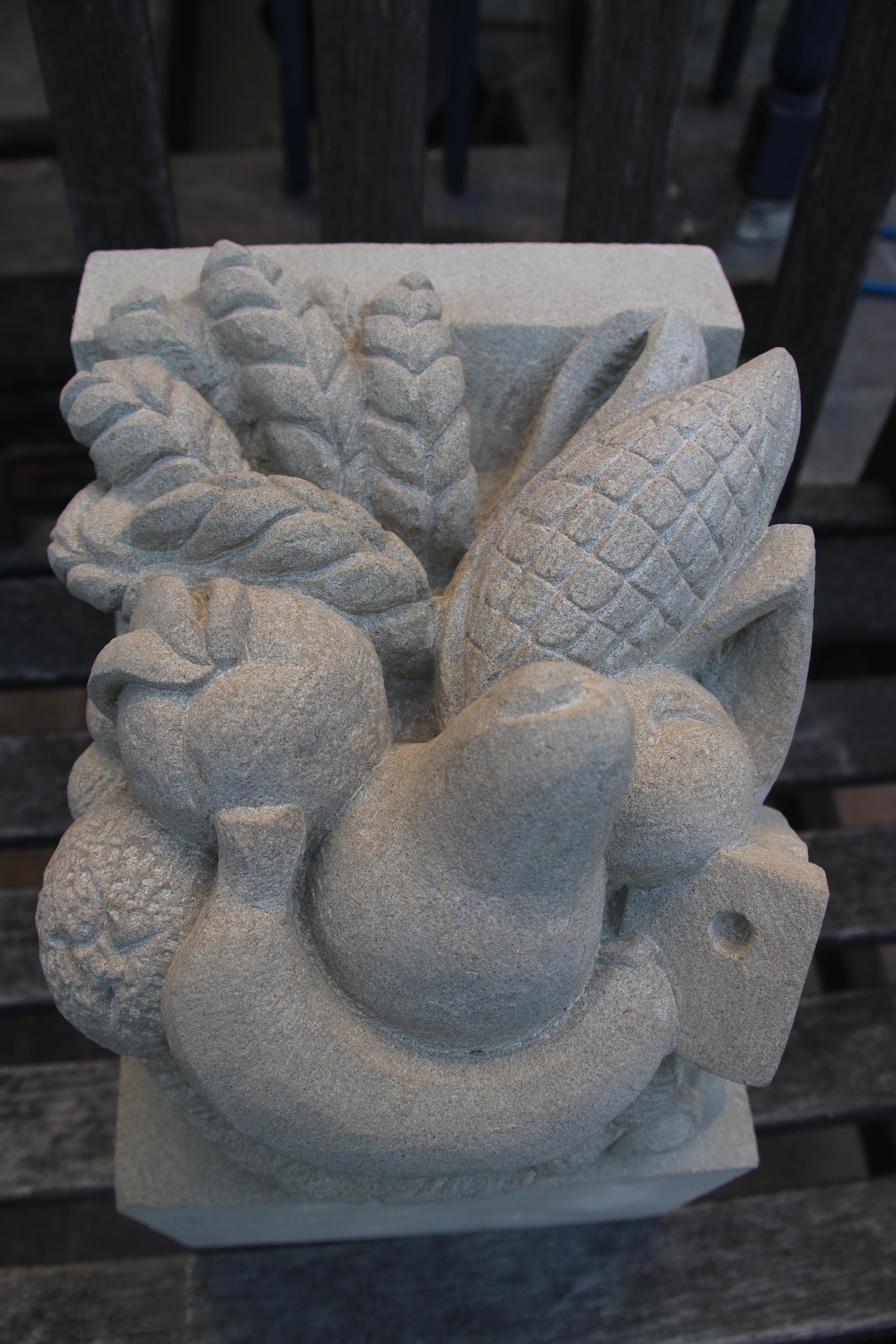 The second corbel will take us back exactly 100 years to the Suffragette Movement and the granting of the vote to the first women in this country.  Evelyn Sharp (1869-1955) was a local suffragette who, in 1914, founded the United Suffragists at 92 Borough Road, just a few minutes from the Cathedral.  She described the place as one in which ‘women of all classes and kinds meet’.  She was a pacifist, was twice imprisoned and kept in solitary confinement and so is depicted wearing her prison bonnet and suffragette badge.  She deserves being remembered in this community. 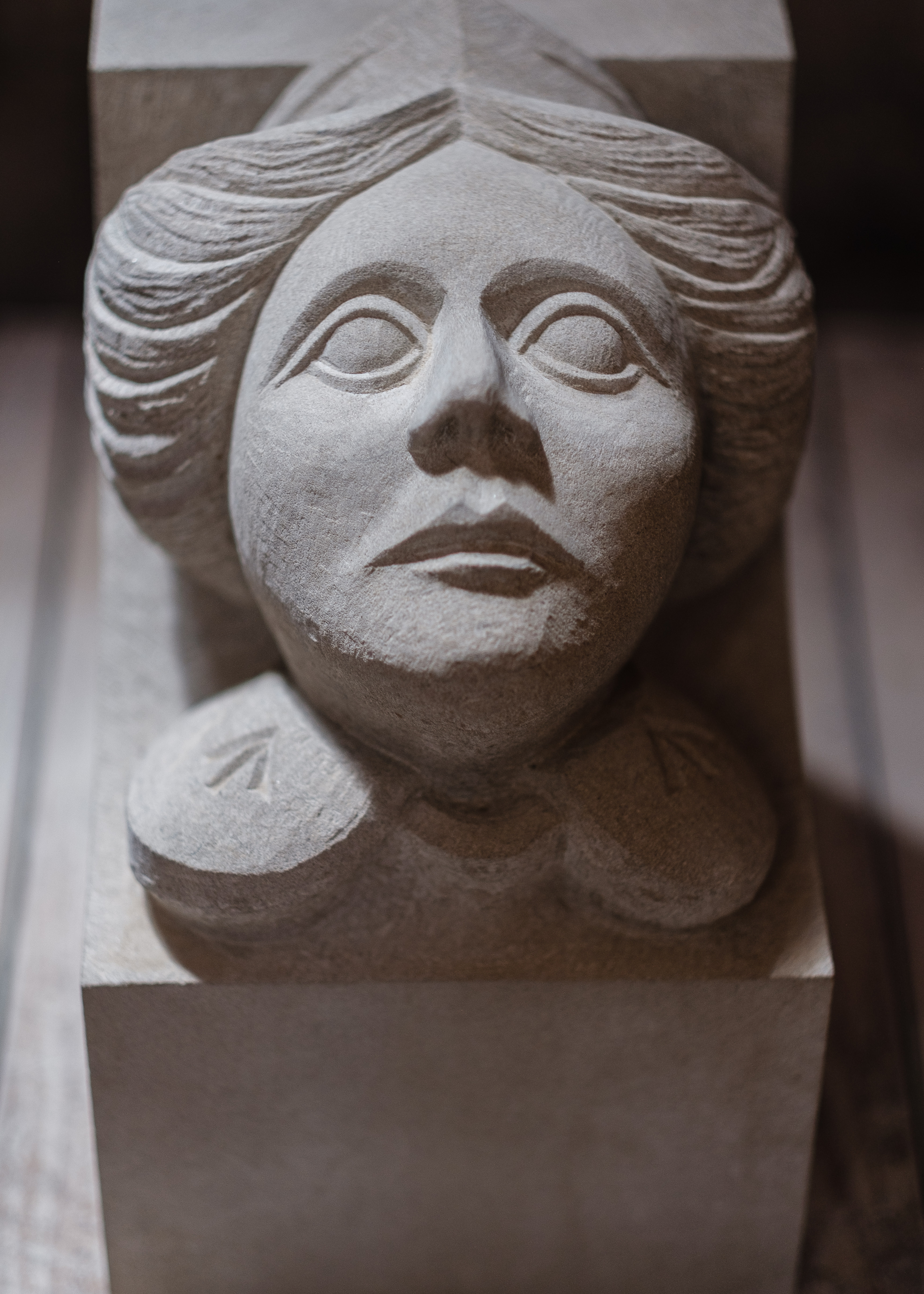 The third corbel brings us to 3 June 2017 when a terrorist attack happened on London Bridge and in and around the Borough Market.  PC Wayne Marques of the British Transport Police defended those under attack and was one of the first officers on the scene.  He showed incredible bravery and fought all three attackers armed only with his baton.  He was left temporarily blinded from a stab wound to the head.  The corbel will incorporate the British Transport Police badge and his head will show the scar he bears. 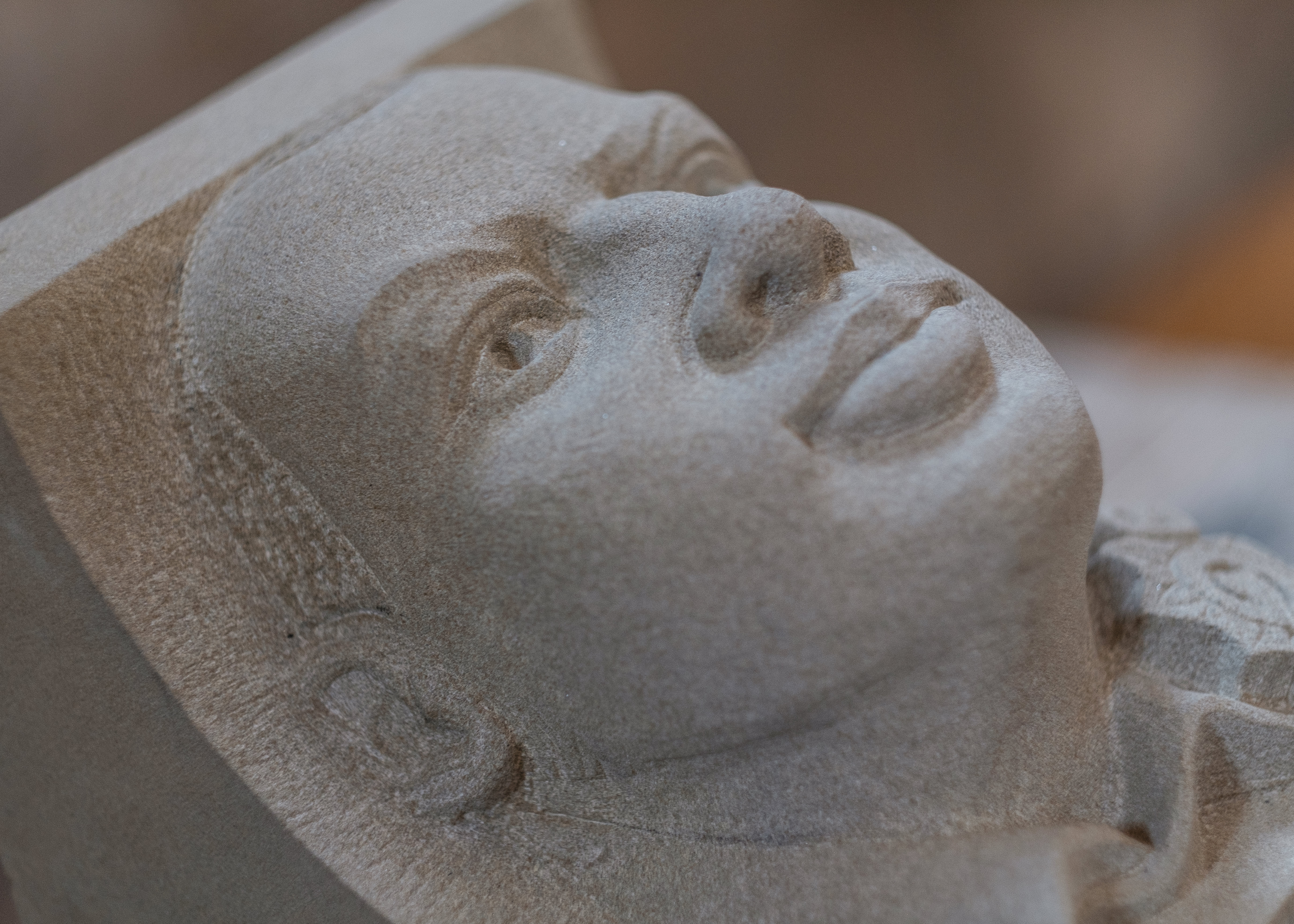 The final corbel depicts one of the most popular members of the Southwark Cathedral community, Doorkins Magnificat, our cat.  Doorkins, who had a book published about her last year, is a real celebrity.  She was homeless and very gradually and carefully found her way into the Cathedral some 15 years ago.  Many visitors come to see her and they will be able to see her on the building which has become her home.  It will be a lasting tribute to the animals who care for us as we care for them. 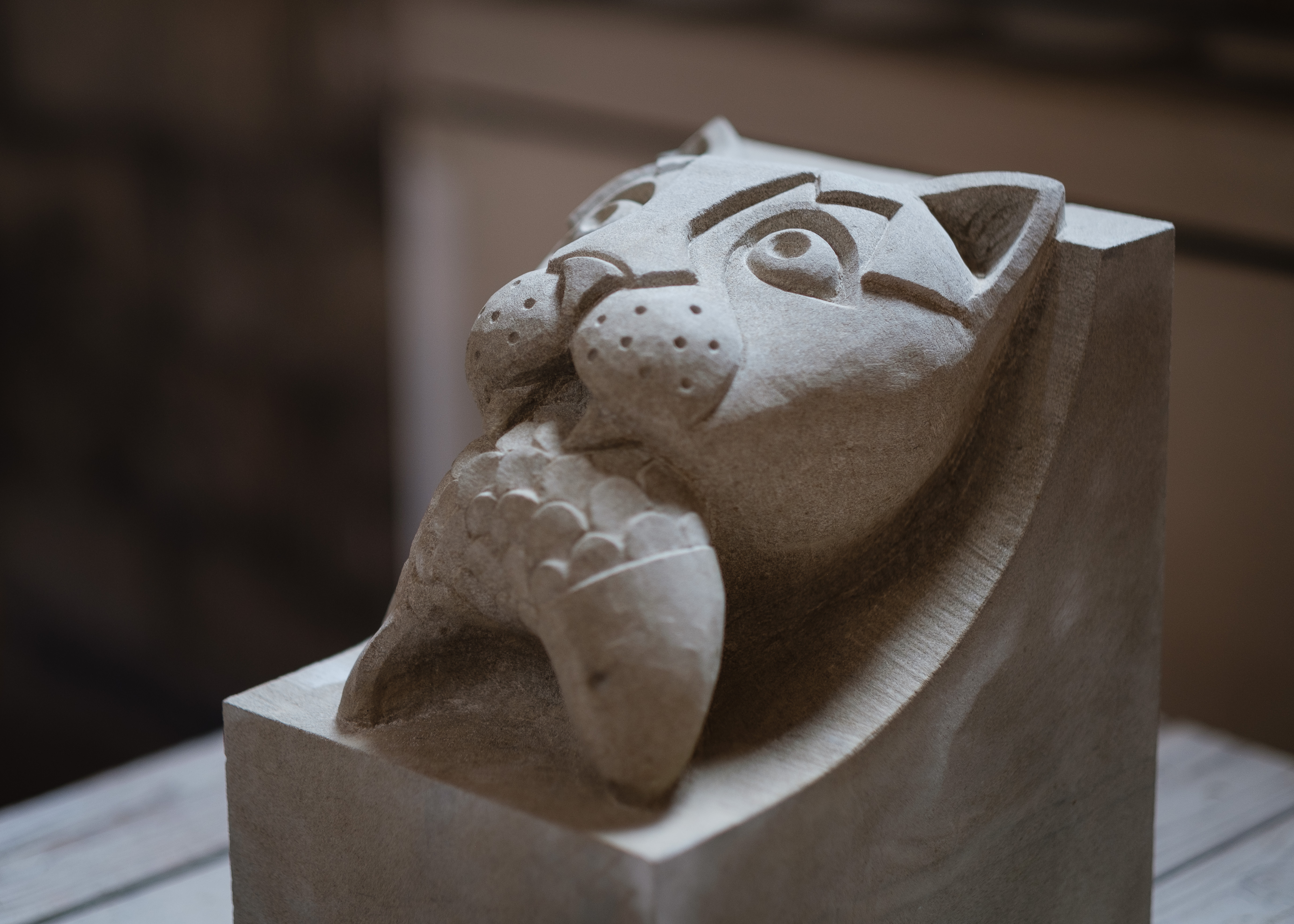 The Market, Evelyn Sharp, Wayne Marques and Doorkins, a very Southwark mix and each one part of who we are. In some ways these corbels challenge the conventions, especially in celebrating those we have yet to call, or may never call, saints.  But each is a contributor to this ‘human haunt’ that is also a divine haunt and will bring something important into a corner of the Cathedral that has little to commend it at the moment but will, we suspect, become a treasured spot.