Stained Glass in the South Transept

The transept and all South wall windows held glass by Kempe which was mostly destroyed by a bomb which landed in the Borough Market in 1941; they included a five-light Jesse Tree window in the transept South window.

Above the organ, this window celebrates music of which St Cecilia is the patron saint.  Angels in pearl embroidered robes are shown with various musical instruments, singing psalms.

Note:  Kempe’s shield of arms, three golden wheatsheaves on red ground, tilted and distorted to fit the design, shown at the base of the centre light

Given by friends of C.E.Kempe.  A tablet to the left of the organ case reads: ‘Remember Ye in the Lord Charles Eamer Kempe under whose guiding hand many of the windows of this cathedral have been executed. His friends honouring his memory and mourning his loss have caused the window above this tablet to be set up. A.S. mcmvii. 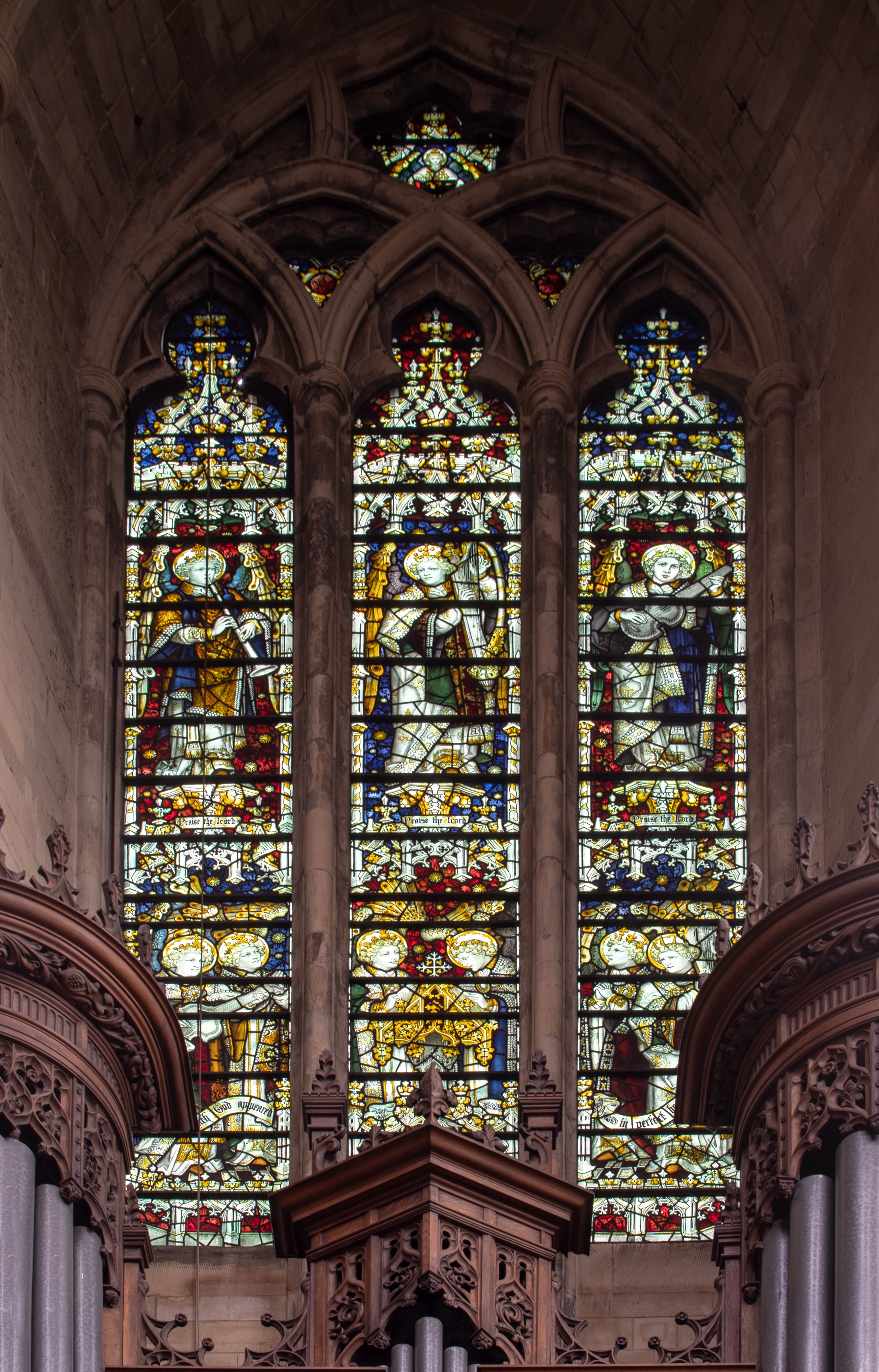