Designed by Philip Lindsay-Clark DSO and situated at the north end of Borough High Street, opposite the Slug & Lettuce pub, this memorial includes a bronze sculpture of a crouched infantryman in battledress, with slung rifle, advancing through mud.

Lindsay-Clark enlisted as a Private in the Artists Rifles in 1914 and was commissioned in the 11th (Service) (1st South Down) Battalion of the Royal Sussex Regiment in 1916.  By the end of the war he had been promoted to the rank of Captain and awarded the DSO (Distinguished Service Order).

The statue stands on a high stone pedestal with rounded ends, on the sides facing East and West are bronze Reliefs depicting First World War biplanes and battleships.

Below the Reliefs the following inscriptions can be read;

“Give honour to the men of St. Saviours Southwark who gave their lives for the empire 1914-1918.  Their names are inscribed within the parish church.  May their memory live for ever in the minds of men.”

“This memorial was erected by the parishioners of Saint Saviour’s Southwark in the year 1922.”

The south end of the pedestal is decorated with a carving of St George and the Dragon and there is a carving of a mourning woman with child and dove facing at the north end.  The memorial was unveiled on 16 November 1922 by General Henry Horne, 1st Baron Horne, and dedicated on the same day by the Suffragan Bishop of Woolwich, William Hough.

In 2013 the memorial was restored by Southwark Council and rededicated by The Dean of Southwark, The Very Reverend Andrew Nunn in 2014. 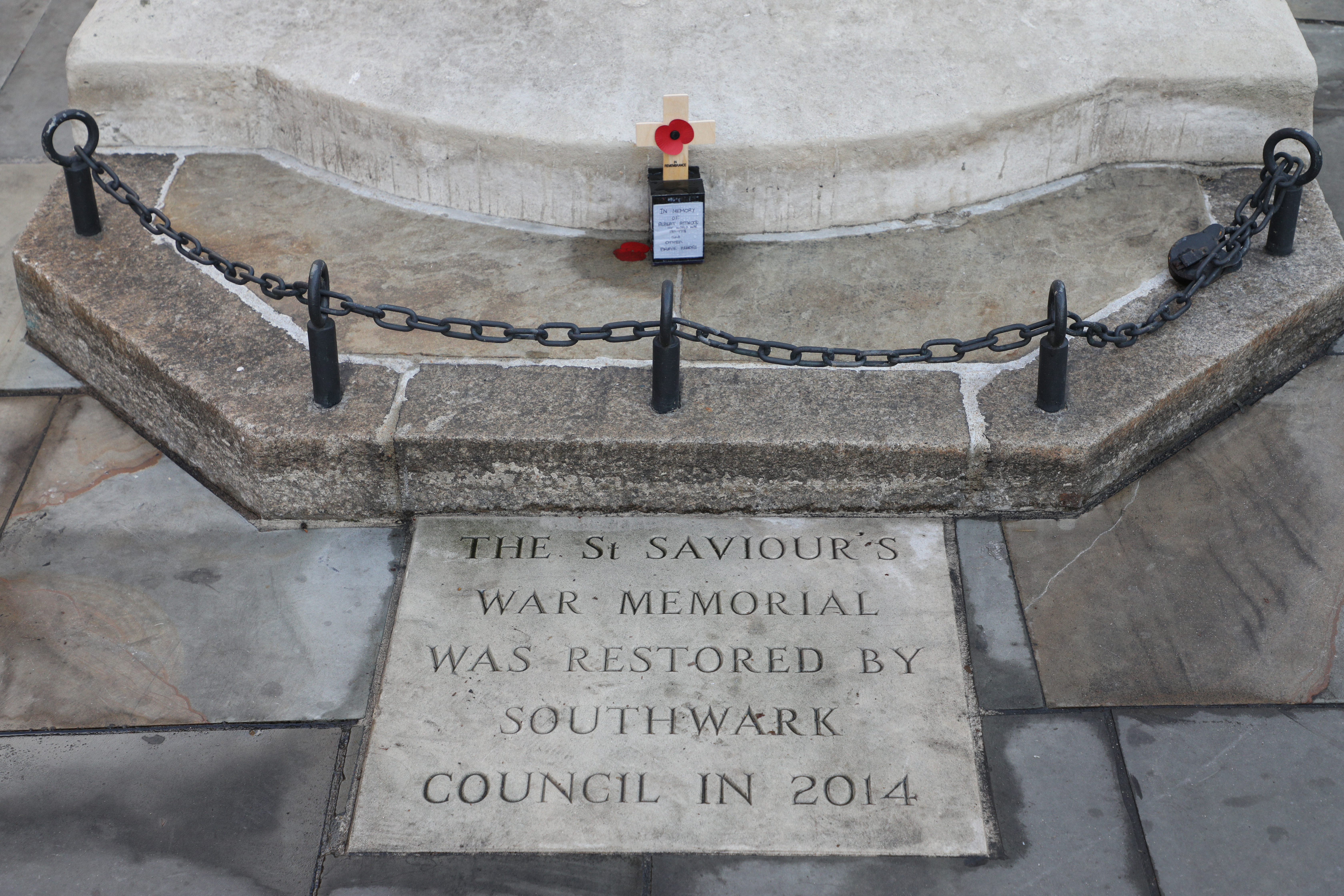