The Cathedral Churchyard is an ancient burial ground and place of worship, a place of calm and peace in a busy urban setting, and a green space that is different from any other open space in the area

The Churchyard was restored in 2015 and planted with flowers and herbs with biblical and Shakespearean connections.  During the summer months (June to Septgember) you can pick up one of our Shakespearean Botanical Trails, use this trail to walk round the Cathedral Churchyard and Herb Garden, discovering a selection of plants that we grow to celebrate the life of England’s greatest playwright.

O, mickle is the powerful grace that lies
In herbs, plants, stones, and their true qualities:
For nought so vile that on the earth doth live
But to the earth some special good doth give,
Nor aught so good but strain’d from that fair use

You can also see our life size bronze statue of William Shakespeare which was commissioned by The Theatre Courtyard Gallery, Shoreditch to mark their opening in Summer 2020.

Sculpted by acclaimed British sculptor Raphael Maklouf who was assisted by Hayley Gibbs this statue represents Shakespeare in his early thirties sitting on a bench.

When you visit the Cathedral you can sit alongside for a while, and muse with the Bard.  Shakespeare would have sat around this area when he was a resident in the parish.  So come along to Southwark Cathedral and enjoy your moment and remember his wisdom, ‘we shall ne'er be younger’. If you are taking photographs of yourself with the Bard please post them on Instagram or Twitter with the #withthebard

The Dean, the Very Reverend Andrew Nunn enjoying a chat with the great man. 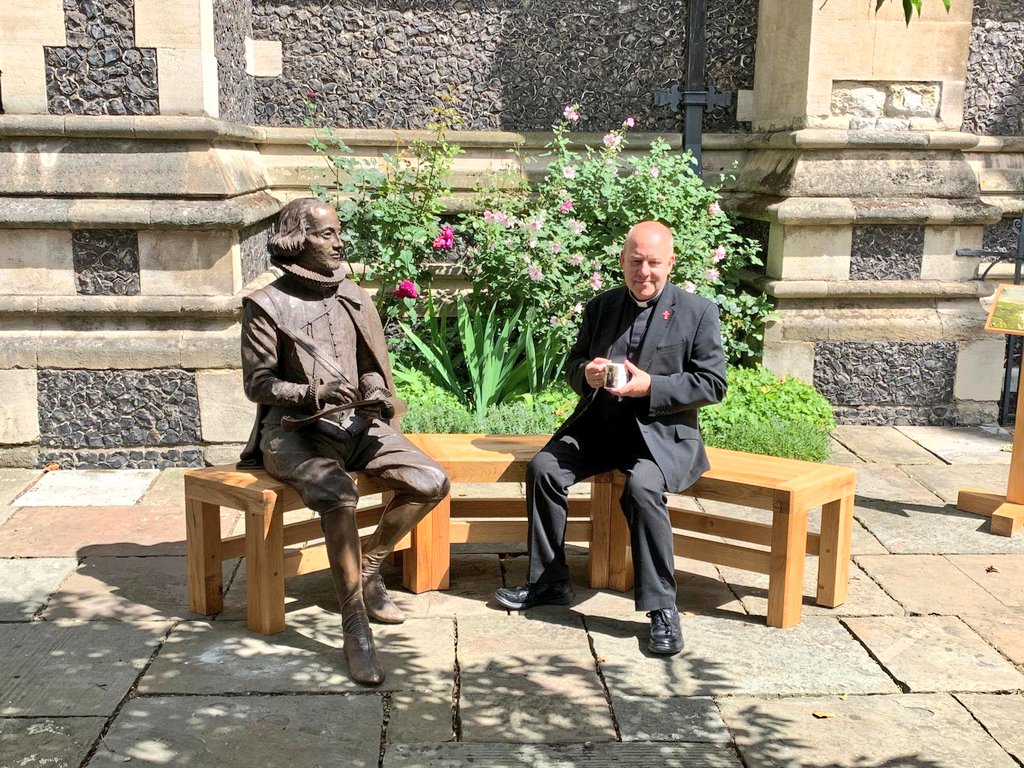 Please note, as part of the restoration of the Churchyard, it is not permitted to consume food and drink in the grounds as we strive to ensure this space retains its distinctive atmosphere of calm and reflection in this busy part of London. 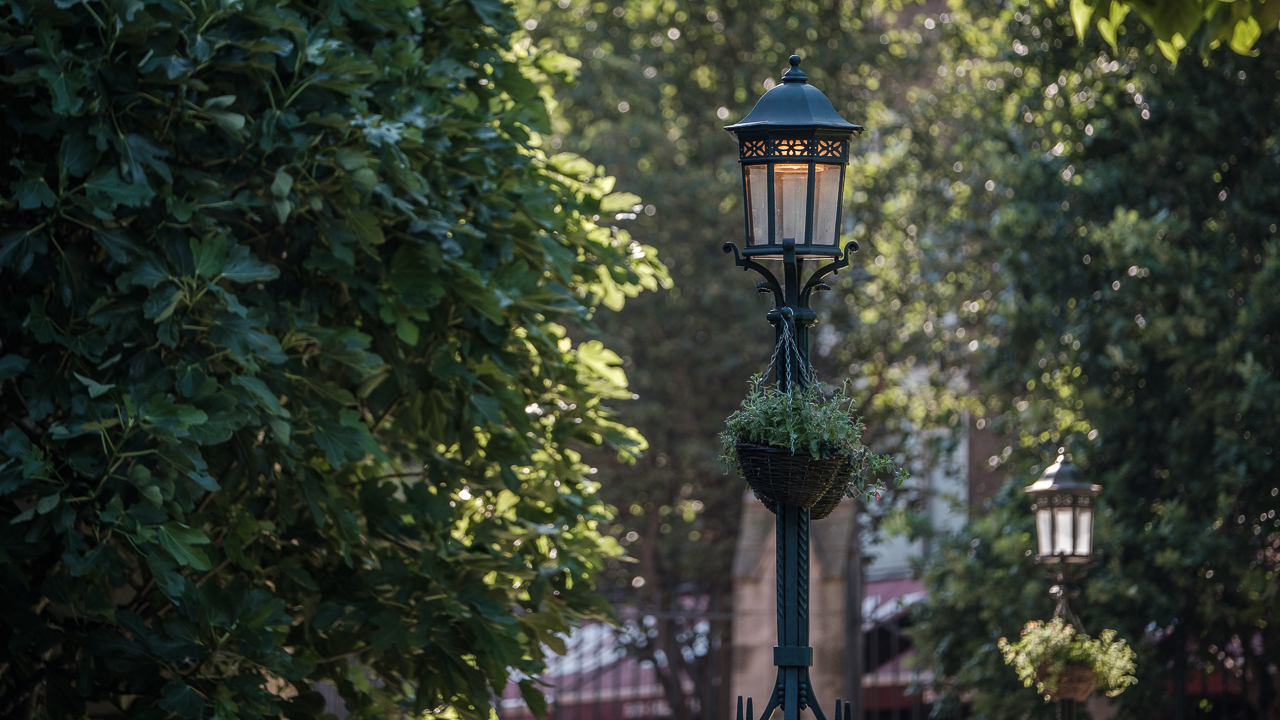 The Augustinian Priory of St Mary Overie was founded on this site in 1106.

In the year 1212 a great fire swept through Southwark destroying most of the priory and surrounding buildings. After the fire, the Augustinian Canons of St Mary Overie built a hospital at the priory gates and dedicated it to the martyred Archbishop of Canterbury, Thomas Becket who preached his last sermon in London at this church before travelling to Canterbury.

It was not until the 1871 that St Thomas’ Hospital moved to its present location in Lambeth opposite the Houses of Parliament.

This garden, built into the medieval foundations of the Bishop’s Chapel, where the Bishop of Winchester, Lancelot Andrewes, was laid to rest before being moved inside the Cathedral when the chapel was demolished in the 19th century represents aspects of a typical medieval monastic herb garden and commemorates our links with the hospital.

We are growing over fifty different kinds of herbs that the Canons of the Priory would have used to treat the sick, as well as for other uses such as strewing, fumigating, cooking and brewing.

Listed below is a small selection of herbs which you can see growing here today and which would have been used in medieval times at the Priory.

The Chapter of Southwark Cathedral wish to thank the Herb Garret Museum for their assistance with this project.