A major art installation, entitled Please Believe These Days Will Pass, by artist Mark Titchner, is to be unveiled at Southwark Cathedral on Wednesday 2 June and will be on display until 23 July 2021

Mark’s Please Believe artwork appeared on posters and billboards across the country during the early stages of Lockdown and was widely shared on social media.

“I had no idea then how this artwork would connect itself to the terrible days that followed and how far it would ultimately travel. Something about that message seemed to connect with the need for hope that was felt so keenly by us all,” said Mark. The installation was originally supposed to be for the Cathedral’s annual Lent Art Installation, but was pushed back because of the pandemic.

The Very Revd Andrew Nunn, Dean of Southwark, said, “As we move as a nation through the various stages of the roadmap leading to the complete relaxation of the Coronavirus restrictions, it is easy to believe that it is all behind us.  But the world is still in the grip of a pandemic.  Mark Titchner’s monumental installation in Southwark Cathedral will be a stark reminder that we need to look beyond these islands to a world still suffering.  But it is also a message of hope, because the truth is ‘these days will pass’ and we must hold on to that belief, that hope.

Jesus spoke to his disciples about the passing of days, of powers and times and then he says this to them  ‘Truly I tell you, this generation will not pass away until all things have taken place. Heaven and earth will pass away, but my words will not pass away’. (Luke 21.32-33)  His words are both disturbing and comforting.  In a similar way this art installation is both reassuring yet realistic.  These days may pass, but what will remain, what will we find, what is there new that awaits us beyond the passing?  For Christians is it is the enduring Word of God, who we recognise in Jesus, which gives us hope for the future".

Mark says that his artwork “partially veils the Cathedral’s altar, imposing its message upon the Gothic architecture of the building and placing it within the context of faith and contemplation. I am excited and grateful for the opportunity to present a new large-scale version of this work to a new audience within the resonant, historical setting of Southwark Cathedral".

The size of this installation is 9.23 x 6.3 metres which is approximately three times the size of a standard billboard.

God of every passing age,

for whom these days

do not seem to be passing.

Mark Titchner’s (b. 1973) work involves an exploration of the tensions between the different belief systems that inform our society, be they religious, scientific or political. Focusing on an exploration of words and language, in recent years much of his production has been based in the public realm both in the UK and internationally. These public works have often been created from extended group activities, working particularly with young people and in mental health settings. He was nominated for the Turner Prize in 2006, participated in the Venice Biennale in 2007 and was Artist in Residence at the Art Gallery of Ontario, Toronto in 2012. In 2018 he completed a major new permanent public work Me, Here Now which is installed at London Bridge station. His work is held in many public collections including Tate, The Arts Council, The Government Art Collection, The British Council, South London Gallery, Guildhall Art Gallery, Manchester Art Gallery and Birmingham Museum and Art Gallery.

During the early stages of Lockdown he produced the project Please believe these days will pass. Poster and billboard versions of this artwork appeared in hundreds of sites in cities around the UK. The work was widely shared on social media and utilised around the world for news editorials. Find out more about him here

A copy of the press release can be downloaded here 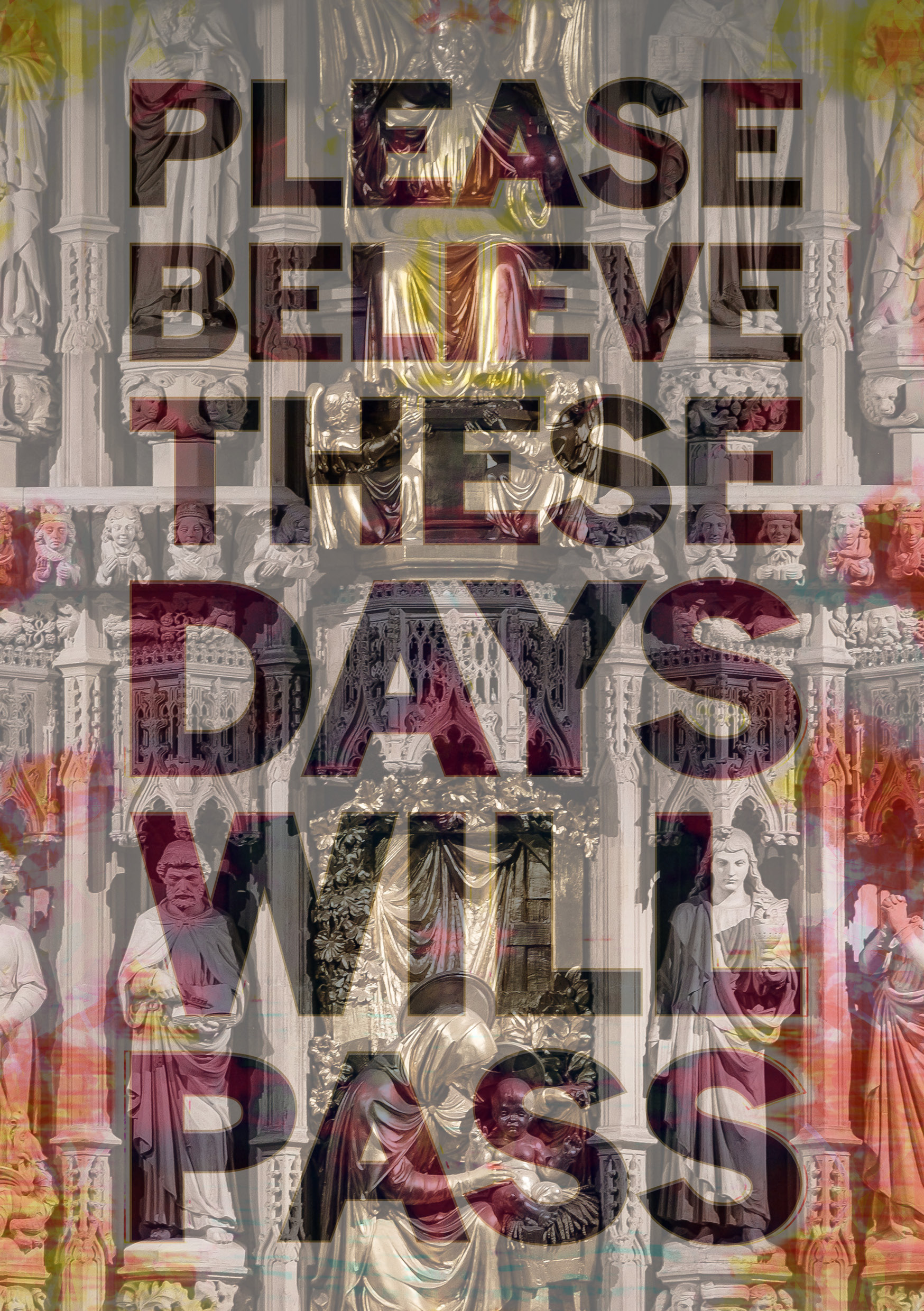