Elizabeth of York, the Last White Rose - A Talk by Alison Weir

Join best-selling author and historian Alison Weir for her spellbinding story of Elizabeth of York, the first Tudor queen

The spellbinding story of Elizabeth of York, the first Tudor queen.

AN ENGLISH PRINCESS, BORN INTO A WAR BETWEEN TWO FAMILIES.

Eldest daughter of the royal House of York, Elizabeth dreams of a crown to call her own. But when her beloved father, King Edward, dies suddenly, her destiny is rewritten.

Her family's enemies close in. Two young princes are murdered in the Tower. Then her uncle seizes power - and vows to make Elizabeth his queen.

But another claimant seeks the throne, the upstart son of the rival royal House of Lancaster. Marriage to this Henry Tudor would unite the white rose of York and the red of Lancaster - and change everything.

A great new age awaits. Now Elizabeth must choose her allies - and husband - wisely, and fight for her right to rule.

Alison Weir is the New York Times bestselling author of the novels Katheryn Howard, The Scandalous Queen; Anna of Kleve, The Princess in the Portrait; Jane Seymour, The Haunted Queen; Anne Boleyn, A King's Obsession; Katherine of Aragon, The True Queen; The Marriage Game; A Dangerous Inheritance; Captive Queen; The Lady Elizabeth; and Innocent Traitor, as well as numerous historical biographies, including Queens of the Crusades; Queens of the Conquest, The Lost Tudor Princess, Elizabeth of York, Mary Boleyn, The Lady in the Tower, Mistress of the Monarchy, Henry VIII, Eleanor of Aquitaine, The Life of Elizabeth I, and The Six Wives of Henry VIII. 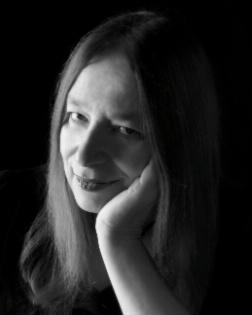