Crown and Sceptre - A Talk by Tracy Borman

Southwark Cathedral are delighted to welcome historian and author Tracy Borman to the Cathedral for this talk on her fantastic latest publication Crown & Sceptre: A New History of the British Monarchy, William the Conqueror to Queen Elizabeth II.

The British monarchy is the one of the most iconic and enduring institutions in the world. It has weathered the storms of rebellion, revolution and war that brought many of Europe’s royal families to an abrupt and bloody end. Its unique survival owes much to the fact that, for all its ancient traditions and protocol, the royal family has proved remarkably responsive to change, evolving to reflect the times. But for much of its history, it also spearheaded seismic change, shaping our religious, political and cultural identity and establishing the British monarchy as the envy of the world.

There has never been a more apposite moment to consider the history of this extraordinary survivor. Within the next decade, there is likely to be a change of monarch, sparking renewed global interest on a scale not seen since Elizabeth II’s coronation in 1953. Even the media and popular frenzy evoked by recent royal events such as royal weddings and births will not compare to that generated by the accession of a new king. In the lead up to this pivotal moment in Britain’s history, Crown & Sceptre explores the history and evolution of the monarchy from 1066 to the present day, feeding the renewed interest not just in the modern royals but in the predecessors who helped shape the institution into what it is today.

Tracy Borman is joint Chief Curator of Historic Royal Palaces and Chief Executive of the Heritage Education Trust. She studied and taught history at the University of Hull and was awarded a PhD in 1997. Tracy is the author of a number of highly acclaimed books including The Private Lives of the Tudors: Uncovering the Secrets of Britain’s Greatest Dynasty, Thomas Cromwell: The Untold Story of Henry VIII’s Most Faithful Servant, Matilda: Wife of the Conqueror, First Queen of England, Elizabeth’s Women: The Hidden Story of the Virgin Queen and Witches: A Tale of Sorcery, Scandal and Seduction. Tracy is also a regular broadcaster and public speaker, giving talks on her books across the UK and abroad. Follow Tracy on Twitter @TracyBorman 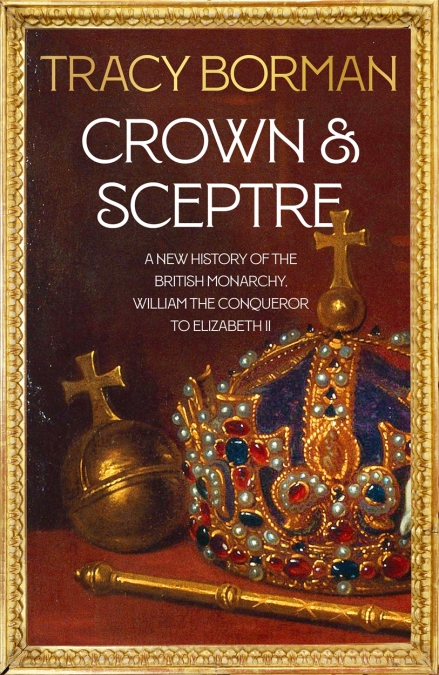