Adrift: The Curious Tale of the Lego Lost at Sea Display

In 1997 sixty-two containers fell off the cargo ship Tokio Express after it was hit by a rogue wave off the coast of Cornwall, including one container filled with nearly five million pieces of Lego, much of it sea themed. In the months that followed, beachcombers started to find Lego washed up on beaches across the south west coast. Among the pieces they discovered were octopuses, sea grass, spear guns, life rafts, scuba tanks, cutlasses, flippers and dragons. The pieces are still washing up today.

Using Adrift: The Curious Tale of the Lego Lost at Sea publication by Tracey Williams, this small illustrative display contains some of these pieces as well as raises awareness of other plastic and non-sustainable items that doesn't decompose and seriously affecting sea life.

Writer and beachcomber Tracey Williams has always been intrigued by chance finds and the stories and folklore behind them, from shells and sea glass discovered on childhood holidays in Cornwall to flints and fossils unearthed in fields. In 1997, after finding thousands of pieces of sea-themed Lego washed up on beaches in South Devon, she became interested in the changing nature of beach combing and began to research the age and origin of many of the man made items she discovered. Her plastic finds have since been described as ‘a colourful catalogue of our times’. She lives in Cornwall in an old house by the sea with her dog Jess, surrounded by piles of books and an ever-growing mound of beach finds.

Free to visit and on display until early 2023. 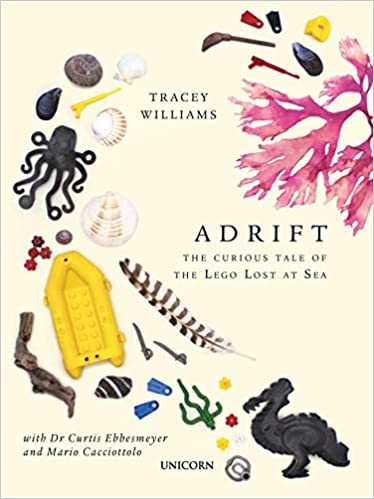