A large group of Southwark Cathedral bellringers went to Belgium in early October.

Led by the Ringing Master, Hannah Taylor a number of our bellringers went to Ypres in Belgium to carry out an act of rememberance for the five Cathedral bellringers who fought and died in the First World War.

On Saturday 6 October a quarter peal was rung at St George's Memorial Church in Ypres which was followed by the laying of a specially commissioned wreath at the Menin Gate War Memorial.

The following day handbells were rung at the grave of Serjeant William Henry Taffender of the Royal Horse Artillery who was killed on the 7 October 1918 aged 31.

The following prayer written by The Very Reverend Andrew Nunn, Dean of Southwark was said.

Give rest, O Christ, to your servant William, with the saints:

where sorrow and pain are no more,

neither sighing, but life everlasting.

Loving God, as we remember our brother William

whose life was lost on this land

where he fought for freedom and peace

may we look to that day when wars will end

and we learn to live together in love

to the glory of your name

and the building up of your kingdom.

May these bells ring out for peace.

May these bells ring out for love.

May these bells ring out for William

who rang them to your glory.

We also remember the four other bellringers who rung at the Southwark tower; 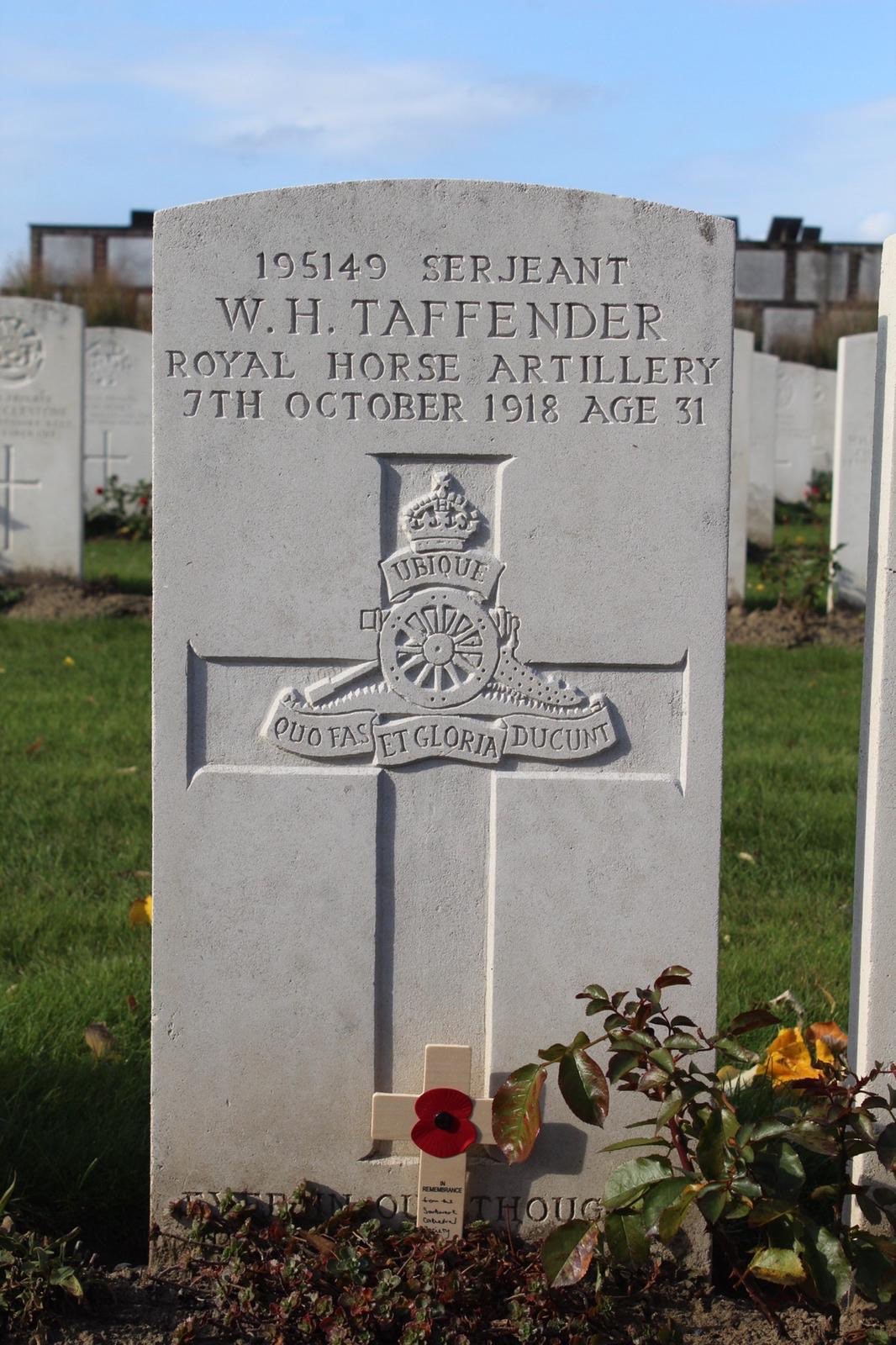