On Remembrance Sunday, 11 November, Southwark Cathedral marked the Centenary of the end of the First World War with three services which reflect different aspects of remembrance.

At 10.55am, representatives of the Royal British Legion, Armed Forces, Police and Southwark Borough Council attended a Service of Remembrance with two minutes silence, at which wreaths were laid. The preacher and president at the Eucharist was the Bishop of Southwark, The Right Reverend Christopher Chessun.

At 3pm we held a Service of Thanksgiving and Prayer for Peace, which was a ecumenical service to mark the Centenary of the Armistice signalling the end of the First World War.  The combined choirs of St George’s Roman Catholic Cathedral, Southwark and Southwark Cathedral provided the music,  and the preacher was Canon Richard Hearn, Dean of St George's Cathedral and the Bishop of Southwark gave the blessing.  Also present was  the Archbishop of the Coptic Church in the United Kingdom, His Eminence Archbishop Angaelos, who is an Ecumenical Canon of Southwark Cathedral. The Dean of Southwark, the Very Revd Andrew Nunn, said: “As we commemorated the centenary of such an important event in our history, we was delighted to be joined with our friends from St George’s Cathedral to offer a time where we can reflect on the events of one hundred years ago and to pray for peace in the world today”.

The day closed with a Service of Light at 6pm where all those from the Parish of St. Saviour’s who gave their lives fighting for peace were remembered by name and a candle was lit for them. Their names are written on the Sir Ninian Comper First World War Memorial in the retrochoir of the Cathedral and it is here that the service took place, with readings, hymns and prayers for peace and reconciliation in our world. 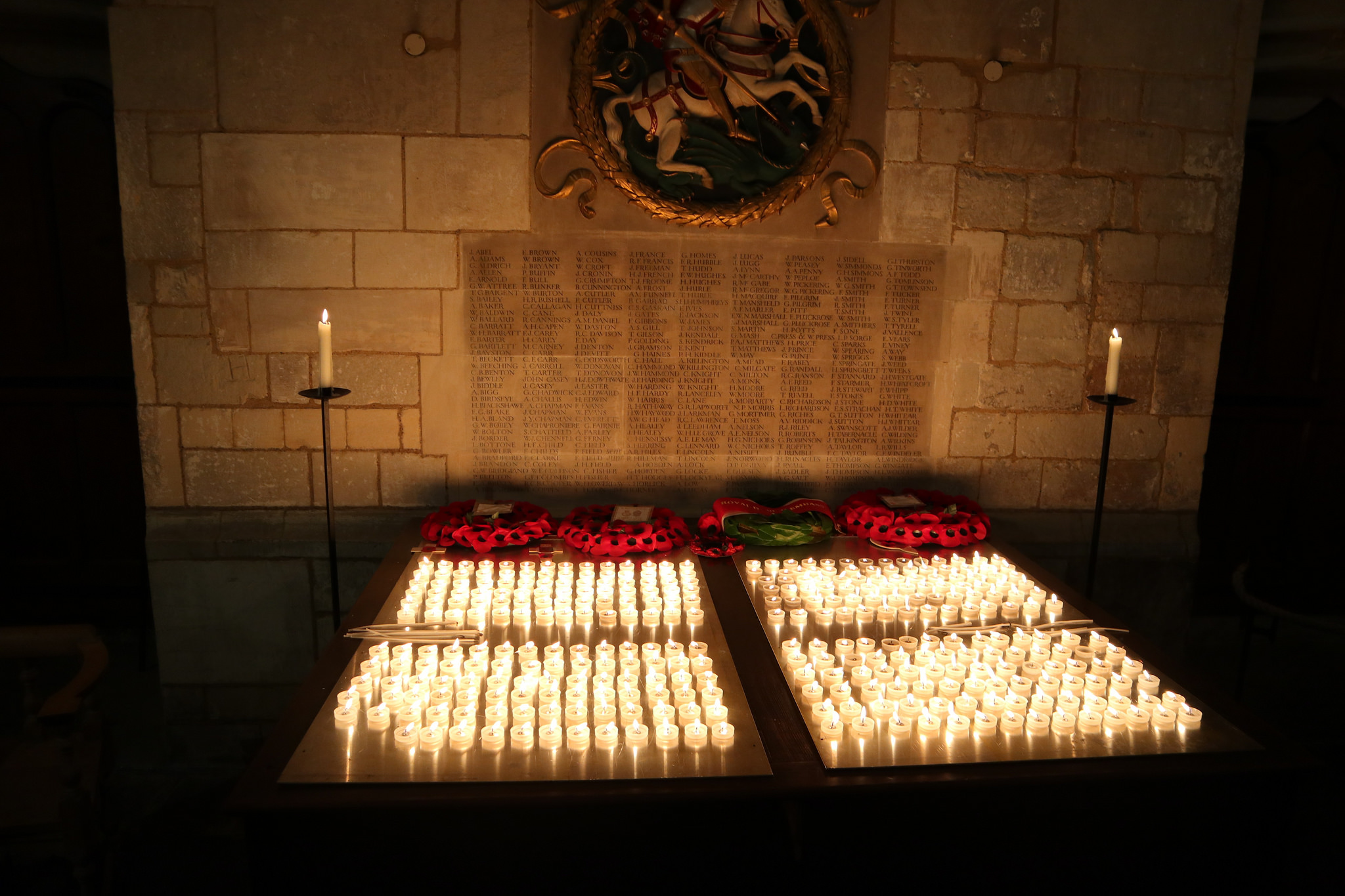